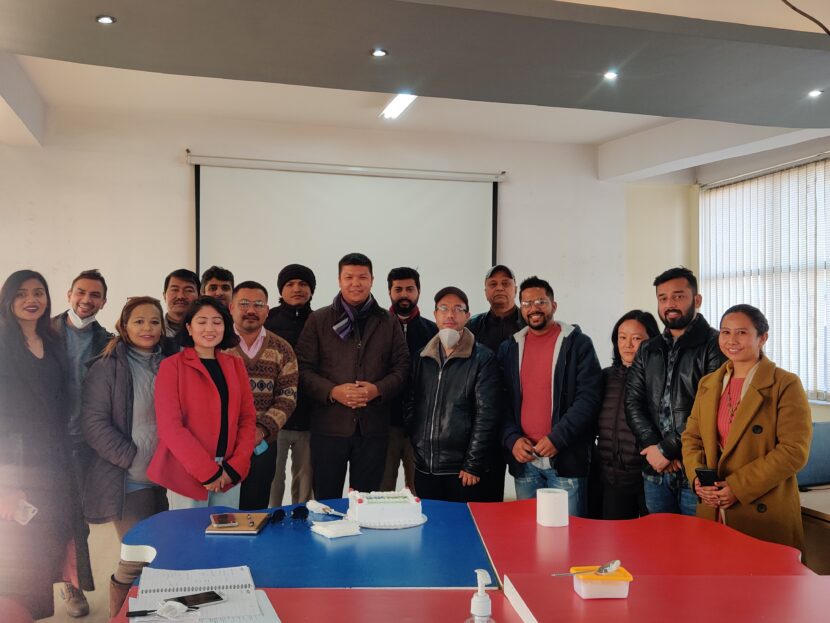 The Idea Studio Founder’s Club (ISFC), an official chapter of Idea Studio Nepal was officially inaugurated at an event held on January 1, 2021 at Idea studio Nepal, Balkumari, Lalitpur. The event saw the attendance of 14 ideators from Idea Studio season 1 to four. The objective of ISFC is to provide a conduit by which Ideators can access relevant entrepreneurial resources network with prominent community entrepreneurs and share ideas. It plans to facilitate entrepreneurial discussions and dialogues to foster the growth and collaboration between entrepreneurs.

During the meet, It was decided that the club will have five board members and four general members. Anil Basnet, Founder at Metro Tarkari was nominated as President of ISFC. Vijay Rimal, Founder at Electric Oven was nominated as Vice President of the club. Similarly, Sashin Shrestha, Founder, Nepal Med, Ang Dolma Sherpa, Founder, Bio-degradable khata and Susan Adhikari, Founder, Odokan were nominated as Treasurer, General Secretary, and Vice Secretary of the club respectively.

Sujeet Regmi, Co-founder at Sajilo Marmat Sewa shared, “Idea Studio Nepal helped us convert our ideas into a successful business. We have been fortunate enough to get guidance from the Founders of Idea Studio Nepal Dr. Tshering Lama and Rupesh Krishna Shrestha. Through this club we want to ensure that everyone gets benefit and guidance.”

Sita Bhattarai, Founder at Jamara Juice said, “The incubation was a great learning experience for me, which was beneficial to expand my business knowledge.”

The meeting concluded with closing remarks from Dr. Tshering Lama. His closing note focussed on the importance and strength of collaborating, synergy and knowledge sharing. He shared, “This club provides an opportunity and platform to share knowledge and resources with each other, we should make good use of it for everyone’s welfare.”